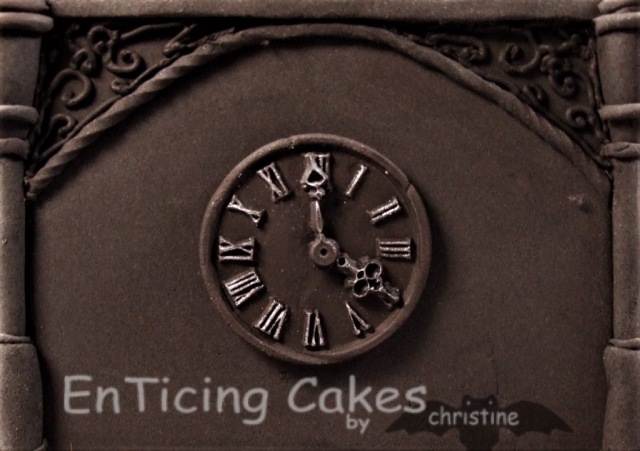 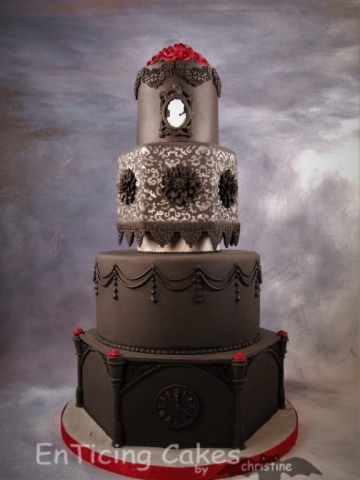 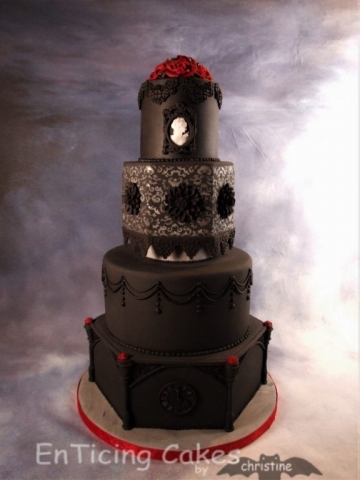 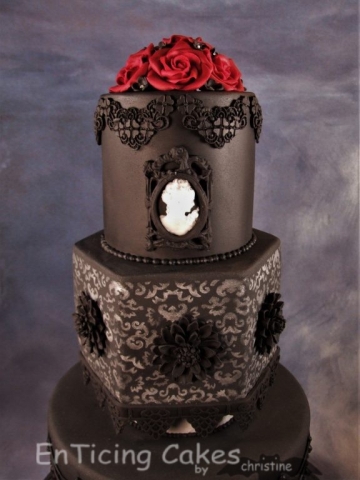 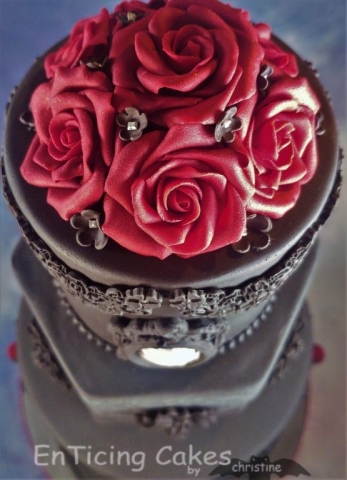 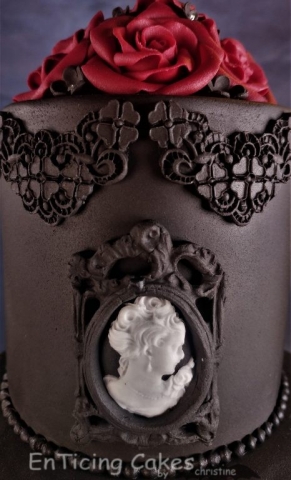 If you have been looking through my cakes, and think this one looks a little familiar, then you would be correct.  Several years ago, for my first wedding fair I made a gothic cake dummy, which I used for a few years before it suffered serious damage to three of the four tiers during transit back from an event.  It was put on a shelf for a while, as I couldn’t bring myself to get rid of it and was hopeful of being able to effect a repair and get it back in use.

Fast forward about 1 1/2 years (well I have been quite busy….)  and on closer inspection, unfortunately the top tier had suffered too much, so I gave up on that one and took the change to completely change it’s design.  The next one down just needed the bottom hanging decoration renewing and that tier re-attaching to the bottom two, and rather than trying to fill in the gaps in the piped design on the next tier, I decided it would be better to remove it all and re-pipe the lot.  Thankfully the bottom tier had fared slightly better with just minimal repair needed to one of the corner pillars.  The roses on top needed to be completely replaced.

Whilst making the repairs, I decided to add a few extra bits, using some moulds that I had picked up over the years but not had chance to use – I bought the cameo mould at a cake show because I just liked it, but had yet to find a use for it – this design was the perfect opportunity, and by happy chance it fitted perfectly into a frame that I had a mould for too.  I added some smaller red roses on the bottom tier to tie it in better with the top and added a clock face, and then some flowers that I made with the intention of using on top ended up being perfect to sit in front of the stencilled design on the hexagonal tier, keeping the rose design on top.  A few small changes, but a totally different end result, and I love it even more than the original!