We Wish You A Merry (belated) Christmas 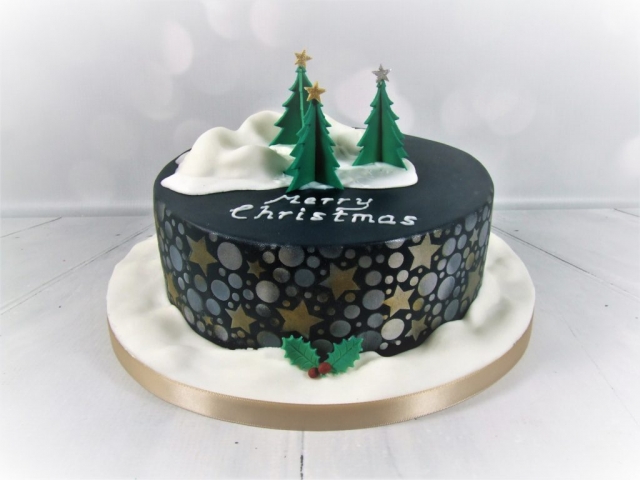 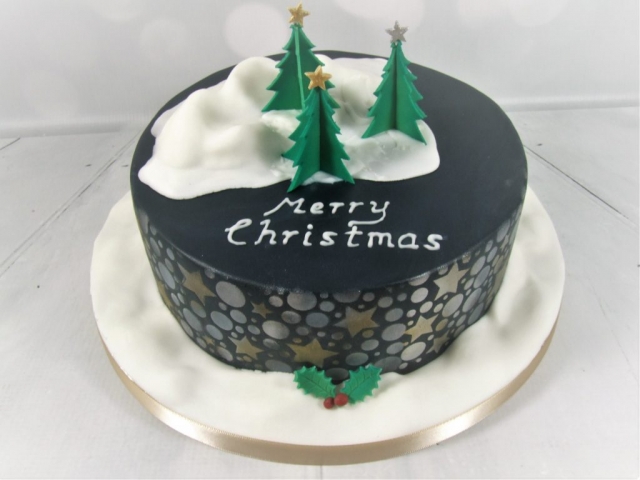 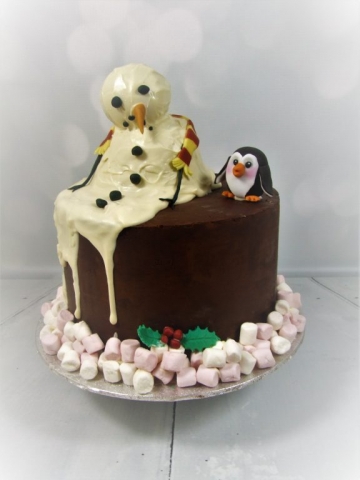 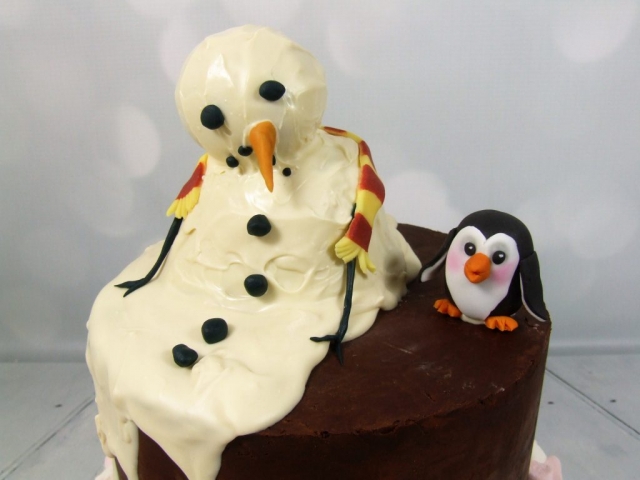 So although I am rather late posting this blog, I would like to show you what I do to celebrate Christmas in a cake fashion when I’m not over-run with other orders!

As I don’t personally like fruit cake, and had an abundance of ideas kicking around in my head for Christmas cake designs, I decided to do the double this year and make two cakes.

The first, almost traditional, tropical rich fruit cake, I got to play about with a stencil I bought at a show in October and hadn’t yet had chance to use.  You are supposed to use it on a flat horizontal surface as it is done while the sugarpaste is still soft and damp enough to “grab” the dusting powders used, but me being me I had to take the harder option of stencilling directly onto the covered cake.  Although not perfect (you can’t see the back!) I was extremely pleased with the result, topped with a simple tableau of snowdrifts and trees.

The other cake is more up my street taste-wise as it was “tiffin” (also known as chocolate fridge cake).  Its not technically a “cake” as it isn’t baked, but consists of a good deal of chocolate mixed with crushed biscuits, raisins, marshmallows and (just for me) a mixture of kids’ sweets such as dolly mixtures and jelly sweets.  This I carefully covered with a layer of smoothed chocolate ganache and decorated in the style of the  “drip” cakes which I like doing so much, with a melted snowman made from cakepop mixture.  The penguin was a late addition as I saw a tutorial on you tube whilst researching how to make sugarpaste alpacas (don’t ask!).

Thoroughly tasty, and a definite cake overdose for ourselves and most of our family and friends as we enlisted help with eating them!