There can be no greater honour for a cake maker than to be asked to make a cake for your own friends’ wedding.  In this case, even more of an honour as they could so easily have chosen someone much more local, being over 100 miles away.

It took a while to come up with a design that was not only individual enough, and fitting a specific theme, but also able to be transported over the distance without any irreparable damage.  Some fantastic ideas were discussed, one in particular that I might revisit at some point but for which had any damage occurred on the trip it could have proved fatal!  The final design was black and white alternating tiers to fit the theme of the wedding, with flowers (all edible) and instead of being stacked neatly in line with each other, the tiers had a slight twist anti-clockwise as they went upwards.

Because of the distance, and the fact we played it safe and stayed in a hotel the night before the wedding, I made the cake in two halves which I then assembled and finished decorating once we arrived at the venue.  All in my “posh frock” as we were also guests!

The main cake was made from gluten free ingredients, and the accompanying cupcakes needed to be vegan also.  There was some debate with the supplier of the cake lace whether it was gluten free or not, and so to be on the safe side I left it off the main cake and hand piped the decoration instead.  It was used on some, but not all, of the cupcakes, giving a good variation on designs that everyone could enjoy.

The couple are part of the goth community,  we met, and still meet,  at Whitby Goth weekend charity bring and buy stall, which they organise to raise money for a bat preservation charity, and although they hadn’t requested any obvious skulls or bats or similar, I just couldn’t resist adding a small “comment” to this on the back of the cake where not everyone would see it….

Such a fantastic day. 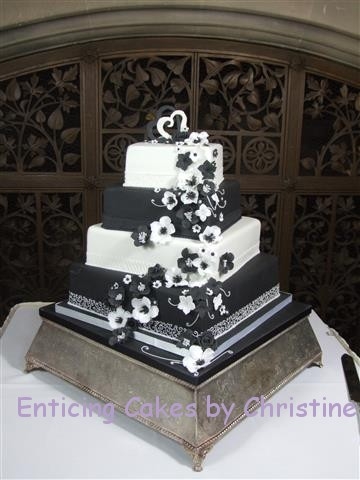 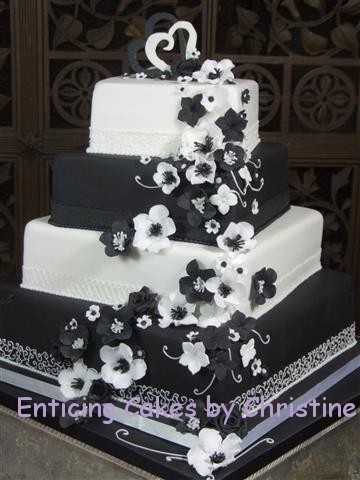 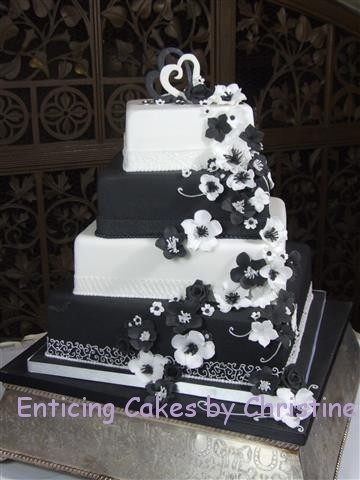 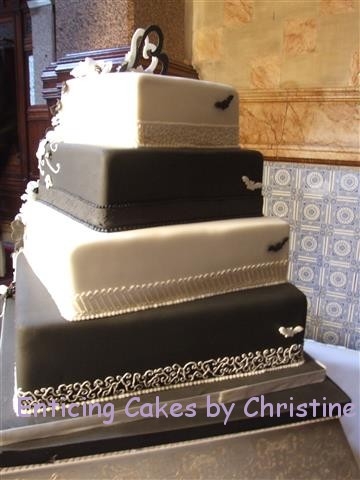 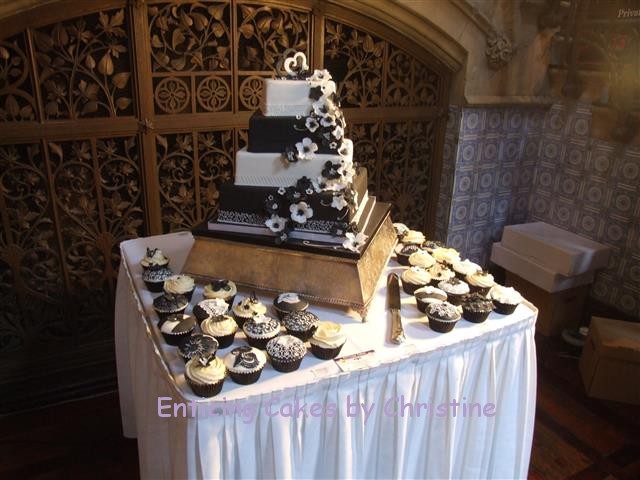 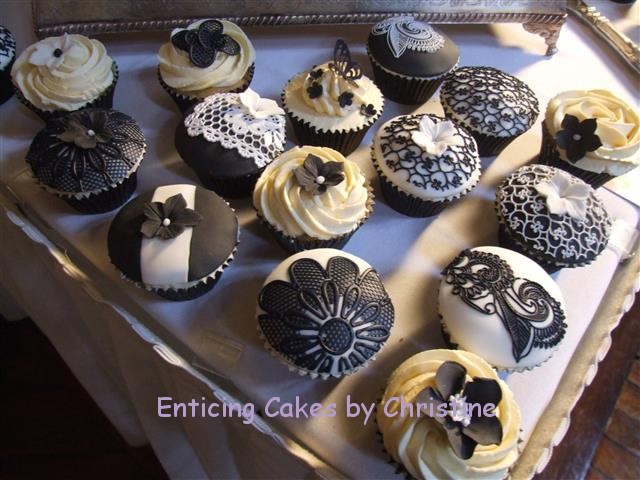 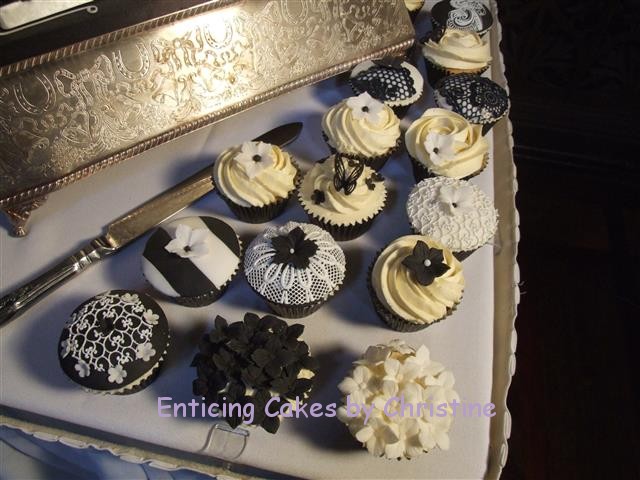 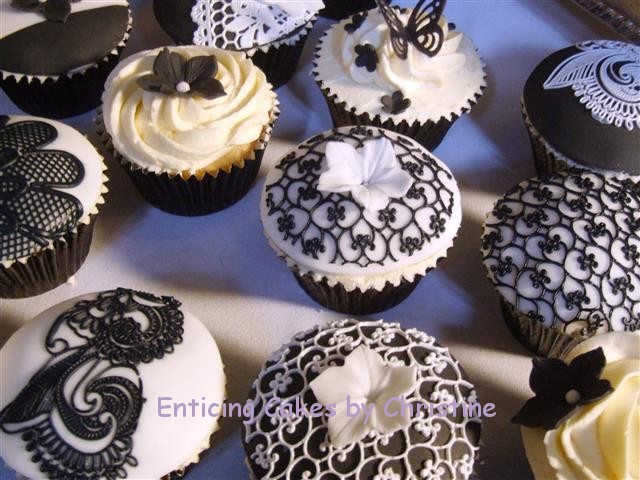 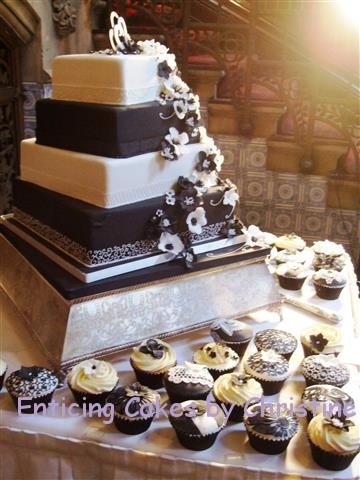 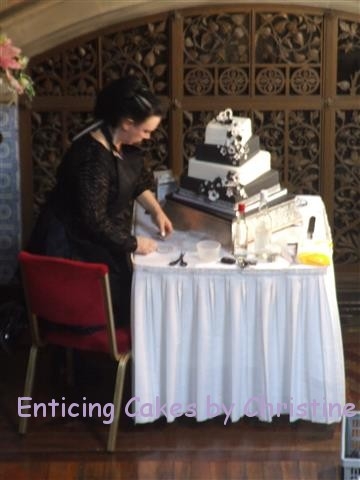