This was an order from a daughter of a friend.  She had put a lot of time and effort into researching ideas for her 10th birthday cake, and presented me with a large booklet of thngs that she liked.  With some consultation with her parents too, I cam up with a mixture of her ideas to make into one two tiered cake – the main thing was the tiara on top, which I had done in a different colour on a previous cake.

We were invited to the party too, and its always nice to see my cakes cut – the best part of this was that neither the girl, nor her mother had actually seen the cake beforehand, as it was collected by her father and kept secret in the box until the party.  I got to see their faces as it was taken out of the box, which was fantastic as they both loved it. 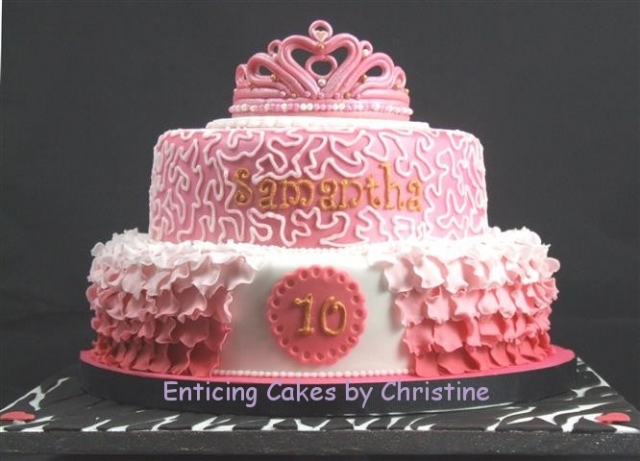 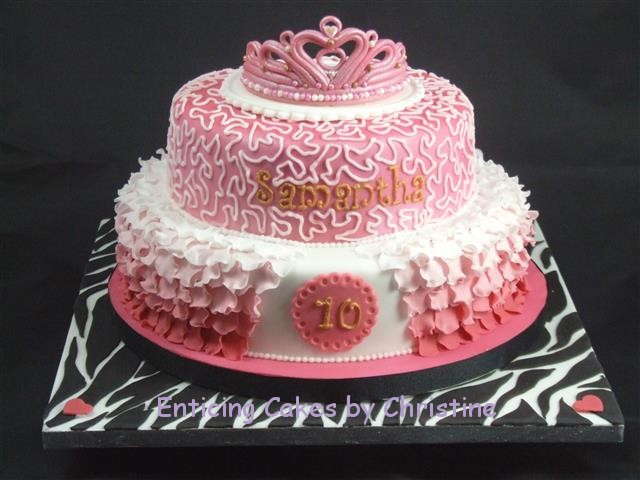 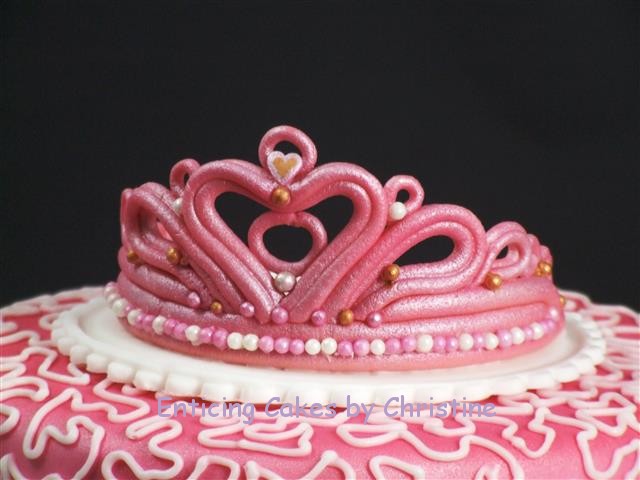